For starters, we appreciate the company's transparency in that we can research the company President, CEO, and other members of their staff. Oddly, in the precious metals industry, it's sometimes difficult to find who's behind the curtain running an operation.

As gold customers, what's another thing that we like? Ideally, the company we're purchasing precious metals from isn't just something someone set up to turn a profit.

Ideally, the company heads would know a thing or two about precious metals. Maybe... they'd even be enthusiasts.

Too much to ask? Apparently not. Both of these things are cornerstones of American Hartford Gold, and best of all, this information is not hard to verify.

While these basic expectations are too much to ask of some companies, certainly ones with huge transaction volumes, American Hartford is a rare and welcome exception. Let's get into our AHG review.

American Hartford is ran by President Scott Gerlis and CEO Sanford Mann. Gerlis' exposure to precious metals and coin collecting began in his formative years, as he tells us. And despite acting as the President of a company that has processed over $1 billion in transactions since 2016, he still finds the time to work on unrelated real estate and retail projects.

Mann, as so many CEOs, has a background in New York finance, which likewise gives him solid footing.

Now, who's to say that Gerlis isn't just saying his family was into numismatics to make American Hartford look more credible? The inventory, for one. The more we get into it, the more it looks like it really was compiled by someone with a vested interest in physical precious metals.

Plenty can also be learned about a company from how it treats its employees. That American Hartford found most or all of its office staff important enough to place them on the company's About page in a group picture is indeed telling. The words "family-owned" and "community values" are sometimes used by the company, and we don't believe they're there just as a sales pitch. 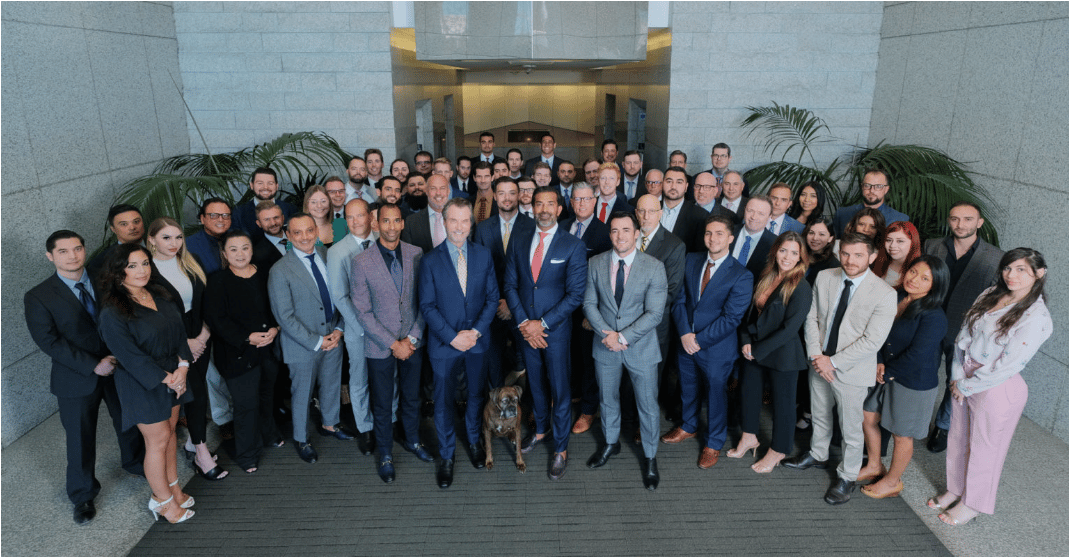 There is a bit of confusion about the retirement accounts that American Hartford provides, but it's minimal. Since they say they provide gold and silver IRAs and have no platinum or palladium products, one might get the idea that other precious metals aren't something the company dabbles in. Despite the lack of products and scarcely any mention of the two metals, we nonetheless found out that American Hartford can set you up with all four in an IRA or otherwise.

Unlike many bullion dealers with massive volumes, American Hartford doesn't "under-emphasize" the retirement accounts it provides. It shares plenty of information on the website on how to set up one, promises support and even says that the precious metals IRA can be up and running within three days. Undoubtedly, among the quickest time frames we've come across.

The management and storage of the metals in your IRA is standard for a top-notch company, and we'll cover it in greater detail soon. It's becoming necessary to mention that certain companies do provide representatives and all-encompassing customer support over retirement savings, since plenty don't, even though we believe it should be the norm. Here, American Hartford Gold Group again shines with how everyone from curious customers to account owners is treated.

Of course, it's the products we're all interested in, right? Besides the IRA itself, American Hartford deals in a variety of gold and silver products that cater to a fairly diverse audience. The straightforward but functional website lists these two metals as their products along with the IRA itself, so we'll cover them in accordance.f

Related: Free Investor Kit - How to Buy Physical Gold and Silver (Tax-Free) with Your 401(k) 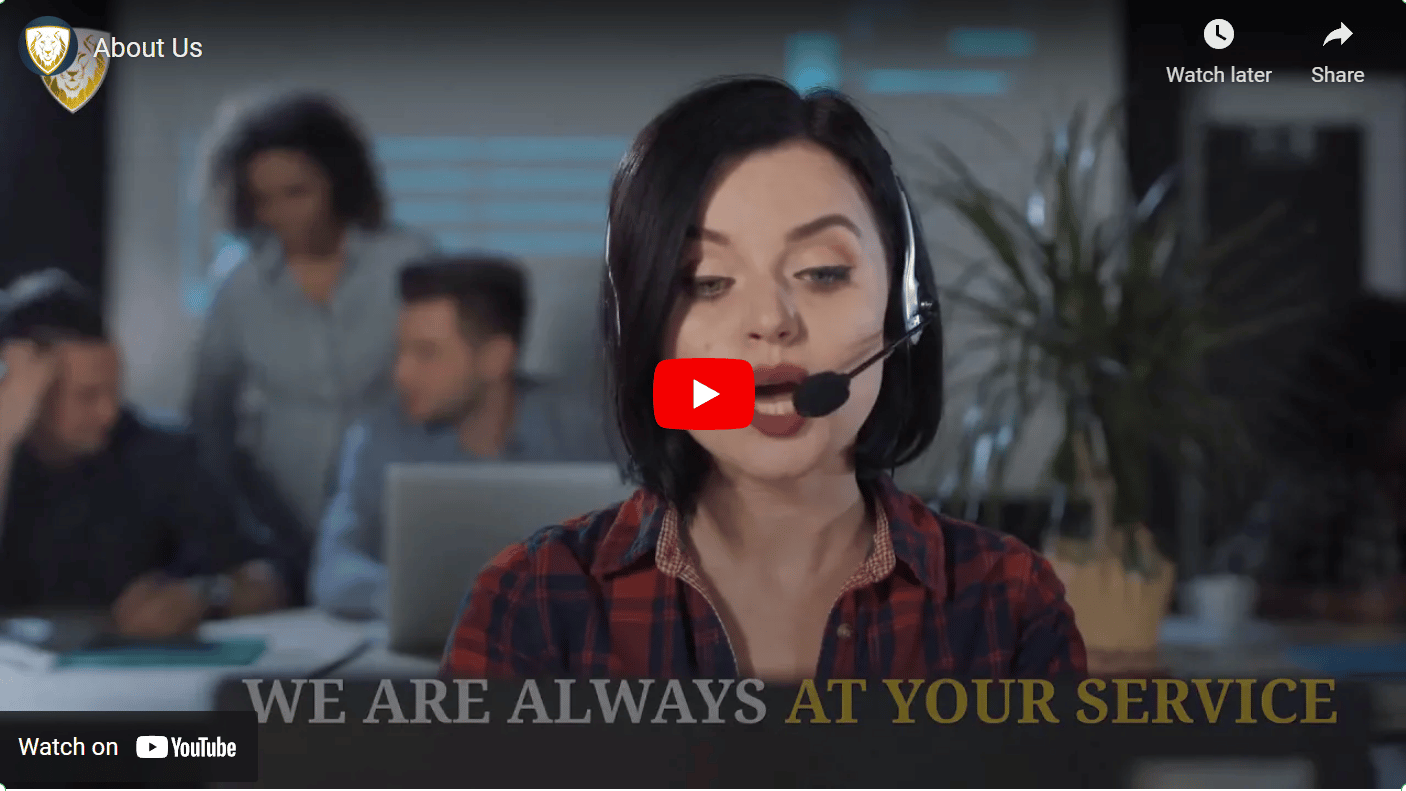 Both the gold and silver sections of their website are more akin to those of a decent bullion vendor than a retirement account provider, which is a good thing. Every product is very well detailed, providing you with pretty much everything you need to know about the entry in the inventory.

The only thing missing are the prices, but the "Call for pricing" thing is the norm among gold IRA account providers and common for early U.S. gold coins, which American Hartford's precious metals catalogs are hardly lacking. So we don't find it an issue.

The gold bullion selection isn't the widest we've seen, but it's robust nonetheless and has a very clear preference for items with a numismatics value. Like we said, we wouldn't be surprised if Gerlis is actively involved in the inventory. Here's an overview of what's currently available in the shop:

Numismatics coins notwithstanding, the year of mintage seems to depend on what's available. Likewise, there are some omissions of popular IRA-eligible coins such as other Philharmonic denominations or more Australian gold coins. And we'd like to see more rounds.

But we're really reaching to cover the few "imperfect" spots in the inventory here. We'd wager that there's something in the inventory to the liking of even the pickiest bullion enthusiast.

It's often the case that the silver inventory of a bullion dealer, and certainly one that deals in gold IRAs, can appear to fall off compared to the gold roster. Not the case with American Hartford. Silver is paid every bit as much of attention to, right down to "junk silver" coins that most companies will group together and barely mention.

As in the case of gold, every silver product has a detailed description and listing on whether it's IRA-eligible or not. The silver products available right now are:

It's so rare to see the silver Krugerrand in a bullion shop's inventory that you can't be faulted for not knowing it exists. That's perhaps all we need to say about the diversity of American Hartford's silver palette.

As you land on the website, you'll be introduced to the company's numerous accolades. These include the fastest-growing gold company by Inc 5000, a top rated gold company by ConsumerAffairs for four years in a row and 5 stars on TrustPilot. They even provide links to other consumer watchdogs that haven't necessarily given them awards, bolstering their already exceptional transparency. What do the websites say?

In a somewhat curious sight, the Better Business Bureau website has 22 complaints closed in the last 3 years. Why is it curious? Well, for starters, it's among the highest number we've seen, but it hasn't affected their rating, which is 4.94/5 stars based on 261 reviews. Given the number of reviews, the volume of transactions and the A+ accreditation, we're inclined to think this is simply a case of "serve enough customers, and someone won't be satisfied".

But it seems that even the dissatisfied ones ended up being satisfied, as the rating has mostly been unaffected. We'd further suggest that any doubter in the company's good standing checks the complaints and the replies: nothing horrible in the former and nothing lackluster in the latter.

Related: Top Tax-Friendly States for Retirees - Is Your State on the List?

Not too much is listed in the way of custodians besides the Equity Trust Company, a top custodian for gold IRA providers. If you'd prefer to have your account managed by another custodian, American Hartford might be able to accommodate you, but you'll have to check with them. The fees are as follows:

Other promotions include a price match guarantee, meaning that American Hartford Gold offers to match competitors' prices on any of the products in their inventory, and various free silver offerings. They also offer a free safe that grows based on the size of your purchase up to a maximum of $699 in value.

Customers are hardly constrained to this as a storage solution, however, as American Hartford works with the Delaware Depository, Brink's and IDS for IRA storage. These are the top storage facilities in the nation that, between them, have vaults in many different states. Most IRA providers partner with a single depository, making storage another strong point when it comes to dealing with American Hartford.

Free shipping with insurance on every purchase doesn't hurt, either.

Below every product listing, American Hartford tells us that they provide a buyback guarantee. Upon closer inspection, it seems that this buyback guarantee is somewhat conditional in the sense that buyback eligibility is gauged individually. Based on the ratings, however, we'd say that it comes pretty close to a guarantee.

While some companies opt for a single celebrity endorsement, others like to have a more diverse group of famous figures promoting them. In the case of American Hartford, even just having Rudy Giuliani, the former Mayor of New York City, would be enough to get attention.

The company, however, is endorsed by several other figures mostly falling in the conservative speaker category, some more famous than others. From Fox News hosts to Epoch Times associates, there's a little something for everyone, we'd say.

American Hartford Gold is trusted by:

The most we can hope for when it comes to a bullion vendor, and certainly a gold IRA provider, is "what you see is what you get". And from there, we can hope ever so slightly that what we see isn't off-putting or is, better yet, pleasant.

However deep one gets into the company's profile, history and reviews, there really isn't that much to interpret as off-putting. Complaints mostly seem to be the result of misunderstandings and are, without exception, promptly addressed. That's not an industry standard: plenty of companies don't respond to reviews or complaints to begin with, or only do so in a bare-minimum capacity.

What we see with American Hartford definitely appears to be what we can expect to get. A company run by people with experience in running a business, analyzing the economy and even numismatics. An outstanding selection of coins, with the inventory laid out in a manner that might entice those averse to precious metals to consider them. And, perhaps most importantly, a friendly and individual approach.

What makes this all the more remarkable is that the Los Angeles-based company has processed the amount of transactions it has without making any customer service compromises. How many companies with over $1 billion in transactions and over 1,000 reviews on TrustPilot have a 5-star rating on the website, gold industry or otherwise? This kind of customer feedback isn't accumulated by chance or coercion, but rather meticulous tending to every customer they're dealing with regardless of what they're buying and how much of it.

Considering that both the account minimum and the purchase minimums are fairly low, we see no reason not to recommend American Hartford to anyone with an eye on their products.