8 Signs That Bitcoin is Going Mainstream

With each passing month, more headlines appear announcing breakthroughs for Bitcoin. Some commentators still adamantly claim that it’s a bubble, while others are heralding the arrival of the world’s new reserve currency.

What’s certain is that with each day that Bitcoin continues working, the more people are starting to think and act like it’s here to stay. Finance, business, and government can longer afford to sit on the sidelines— love it or hate it, it seems like almost everyone has to admit the world is changing and move with the times. 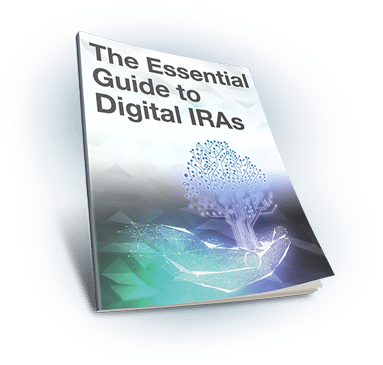 Discover how cryptocurrencies like bitcoin, ethereum, and litecoin can supercharge your IRA or investment portfolio.

Buying and holding Bitcoin can be a bit intimidating to many newcomers to the world of cryptocurrency. A number of security risks come along with storing Bitcoin, which left some individuals and institutions hesitant to invest— even those who were interested in the advantages Bitcoin offers.

Bitcoin ETFs have long been viewed as a gateway which could open the floodgate of money from institutional investors like pension funds. “ETF” is short for “exchange traded fund,” a security which usually represents a physical commodity like gold or silver.

The funds store the gold in a vault and secure it for ETF investors, allowing them to gain indirect exposure to the underlying asset. In the case of Bitcoin, this provides an easily accessible and fully legal way for institutional investors to invest in Bitcoin, without any need for specialized technical knowledge.

The Winklevoss twins, early Bitcoin investors famous for their role in the development of Facebook, filed the first application for a Bitcoin ETF in 2013. After much struggle and many rejections from the Securities and Exchanges Commission (SEC), the first ETF finally started trading on October 21st, 2021.

The announcement pushed Bitcoin prices to an all time high of over $67,000 on some exchanges.

Related: Invest in Cryptocurrencies Tax-Free with Your IRA or 401(k)

The issuance of the first Bitcoin ETF itself was helped along by the arrival of Bitcoin futures contracts on the Chicago Mercantile Exchange (CME). Bitcoin futures allow traders to agree to purchase or sell Bitcoin at an agreed upon price at some time in the future.

This type of contract is popular with agricultural producers as a way to hedge against the risk of low prices at the time of harvest. Bitcoin futures contracts are popular with Bitcoin miners for the same reason.

This was a major step in Bitcoin going mainstream, because regulators consider futures indexes to be a reliable way to track the price of an asset. Until the appearance of Bitcoin futures, price was tracked by a number of online cryptocurrency exchanges. Since the approval of Bitcoin futures by the CME, Bitcoin futures have become the main method of price tracking, with online exchange prices often following the CME price.

Related: What is a Bitcoin IRA? How to Buy Cryptocurrencies (Tax-Free) with Your Retirement Account

One of the most prominent Bitcoin news stories of 2021 was the Central American country of El Salvador’s announcement that Bitcoin would become legal tender. This means that Bitcoin must be accepted as a payment for all debts, public and private, by everyone doing business in the country.

Bitcoin advocates hailed this as a wise move away from inflationary money, while the International Monetary Fund sounded alarm bells. The IMF described Bitcoin adoption as an “inadvisable shortcut” and said that the risks outweigh the benefits.

El Salvadoran President Nayib Bukele argued that El Salvador, as a country receiving 23% of its GDP in the form of remittances from abroad, stands to gain hugely from Bitcoin’s low fees for international transfers. He also believes it will be a means of financial inclusion in a country where much of the population does not have a bank account.

Many other countries are considering following in El Salvador’s footsteps, and waiting to see how it goes before making the leap of faith themselves. Some sources say that Ukraine may be the next country to declare Bitcoin legal tender, and politicians in several Latin American countries, including Mexico, Panama, Brazil, and Paraguay have also made public statements advocating similar moves.

Related: How to Bitcoin - Beginner's Guide to the Internet of Money

8 Signs that #Bitcoin is Going Mainstream

Growing Adoption of Bitcoin as a Payment Method

The options to pay with Bitcoin also keep on expanding. A number of major corporations including Microsoft, Starbucks, Whole Foods, and Home Depot have all started accepting Bitcoin payments.

Payment processors like Visa and Mastercard have also signalled their intention to jump on the cryptocurrency bandwagon. Bitcoin has long been viewed as something of a competitor to traditional payment networks like Visa, because it offers significant improvements in terms of fraud protection. Bitcoin transactions, unlike debit and credit card transactions, can be sent without actually divulging the information thieves need to drain your account.

Visa and Mastercard realize that this is a sink or swim movement, so they are trying to maintain market share by adopting Bitcoin and other cryptocurrencies.

Visa recently announced its intention to create a “Universal Payment Hub” which can process transactions in almost any currency, including Bitcoin. They’ve also partnered with a number of cryptocurrency companies, including Coinbase, to offer Visa debit cards linked directly to cryptocurrency wallets. Visa competitor Mastercard has partnered with Gemini, a major competitor to Coinbase.

As of August 2021, Visa had issued at least 54 cryptocurrency debit cards with their various partners. A number of the crypto credit cards offer cash back rewards directly in different cryptocurrencies, including Bitcoin.

Discover how cryptocurrencies like bitcoin, ethereum, and litecoin can supercharge your IRA or investment portfolio.

Growth of the Lightning Network

A long time criticism of Bitcoin as a payment method was that “you can’t use it to buy a coffee.” As the popularity of the network grew, fees went up, meaning the fee for a transaction less than ten dollars could easily be as much as the transaction itself.

The Lightning Network enables transacting Bitcoin securely and almost instantly, with fees costing a fraction of a cent, meaning it is truly practical for buying a cup of coffee.

Over the last year, the Lightning Network has seen dramatic growth. The amount of Bitcoin deposited in Lightning Wallets tripled from 1,000 to 3,000 BTC over the last year. The number of “nodes,” which are privately operated computers set up to “relay” lightning transactions doubled in the past three months.

The increasing popularity of the Lightning Network has also led to lower fees on the main Bitcoin network.

Related: What is Etherereum? The Ultimate Investor Guide

Bitcoin has long been criticized for its high energy consumption, but Bitcoin advocates have countered that the heat generated by mining units can be recycled, eliminating waste. The city of North Vancouver in Canada has finally made this vision a reality by becoming the first city in the world heated by Bitcoin mining. Waste heat from the mining units is captured to heat boilers, and pumps then transfer hot liquid through insulated pipes to radiators in commercial and residential buildings.

Bitcoin has come under fire from environmentalists in recent years for carbon emissions associated with the energy intensive process of creating and transacting new bitcoins. The municipal utility will be providing 100% renewable energy to the miners, which Bitcoin advocates hope represents a step towards more environmentally friendly mining.

Bitcoin miners have been used for heating buildings in places like Siberia for years, but this level of coordination with a local government marks a milestone in Bitcoin’s development.

A number of nuclear power plants have also announced plans to partner with Bitcoin mining operations. Since Bitcoin mining can take place anywhere, anytime, the miners can consume any excess energy which would ordinarily be wasted, lowering prices for consumers and increasing profits for energy producers. It’s only a matter of time before more deals like these catch on.

Some local and national governments have realized that transparent regulation and tax incentives can be a good way to stimulate investment into their economies.

As part of its efforts to attract Bitcoin investors, El Salvador announced that there would be no capital gains taxes on Bitcoin profits for residents. In the US, the state of Wyoming is attempting to woo cryptocurrency entrepreneurs by establishing regulations designed to make life easier for companies working with Bitcoin and other cryptocurrencies.

The city of Miami also has a love affair with Bitcoin— Miami mayor Francis Suarez recently announced plans to allow city employees to receive their salaries in Bitcoin. He also proposed that the city's cash reserves be invested in Bitcoin, and made moves to allow residents to pay fees and taxes in Bitcoin.

The CEO of MicroStrategy, Michael Saylor, made headlines when he announced his company, a NASDAQ-traded business intelligence firm, would move to Bitcoin as its main reserve currency. Tesla CEO Elon Musk soon followed suit, announcing his company would purchase $1.5 billion worth of Bitcoin for its cash reserves.

This was viewed as a risky move by more conservative investors, but so far it has paid off, with the dollar price of Bitcoin increasing substantially since the announcements. This has many observers wondering if other companies will make similar announcements in the near future.

Tech entrepreneur Jack Dorsey’s financial services company, Square, has already placed a percentage of its reserves in Bitcoin, so some are speculating that Twitter, another of Dorsey’s companies, may be next.

While all of this indicates that Bitcoin is finally going mainstream, we are probably still at the beginning of cryptocurrency adoption. Estimates of the total number of people using or owning cryptocurrency range from around 200 to 300 million people worldwide, or less than 4% of the world population.

Most cryptocurrency users so far only invest for speculative purposes, but a growing number of users are now using Bitcoin as a sort of “savings account” because of its inflation resistant properties. If its popularity continues to grow at the present rate, more and more people will be transferring wealth into Bitcoin.

Some believe this will eventually lead to a tipping point where the amount of people buying Bitcoin could contribute to the inflation of traditional national currencies. If this does happen, it could trigger a panic as people rush out of bad money and into good money, leading to rapid devaluation of traditional currencies, and rapid increases in valuation of Bitcoin.

In any case, the growth in Bitcoin adoption does not appear to be slowing down, and there is still lots of room for growth. Even if adoption were limited to retail investors, current growth rates suggest that growing demand would push the price to new highs. Add to that the possibility of governments, major corporations, and financial institutions gaining exposure to Bitcoin as well, and you have a recipe for an unprecedented financial revolution.

Now that other countries and companies are moving towards Bitcoin, it may be time for you to consider this option as well. If you have some extra cash, it may be the time to consider buying Bitcoin. If you have a retirement account that could use some diversification, you may consider a Bitcoin IRA rollover. Request your guide below and see if a Crypto IRA could be the right move for you.

Free Guide Reveals How to Supercharge Your 401(k) and Invest in Bitcoin Tax-Free.

Who is Satoshi Nakamoto? The Creator of Bitcoin

Who is Satoshi Nakamoto? The Creator of Bitcoin

How to Hedge Against Inflation in 2022: Ultimate Guide

How to Hedge Against Inflation in 2022: Ultimate Guide