About a year ago, the world faced another COVID variant and inflation that was no longer “transitory.”

Yet something bigger was about to occur, and there were already whispers of it.

A month and a half after New Year’s Day, on February 24, 2022, Russia did the unthinkable and shook up the world order. It invaded Ukraine and launched the largest invasion of a European country since WWII.

However, something fascinating happened beginning on December 15, 2021, over two months before the invasion.

The Price of Gold Began to Skyrocket.

Table of Contents
The Price of Gold Began to Skyrocket.
Why Gold Tends to Rise With Global Tensions
Gold’s Correlation With War
The 1970s
The Gulf War and the War on Terror
North Korea and Iran
The Key Takeaway- War in 2023 Means Upside for Gold 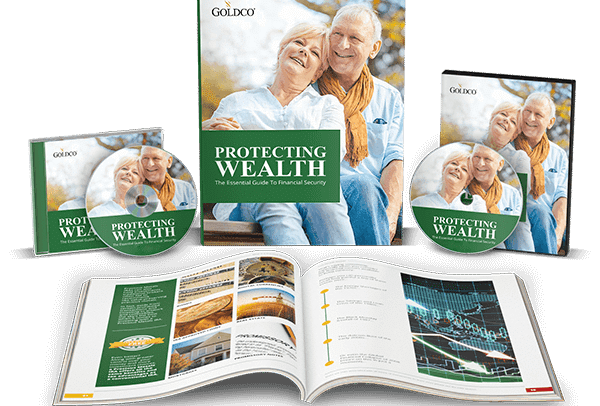 Additionally, The Washington Post released an Op-ed titled “To deter a Russian attack, Ukraine needs to prepare for guerrilla warfare.” At the same time, The UN Human Rights Council warned of threats to fundamental freedoms in Ukraine.

11 months ago, would you have believed that a Russia-Ukraine war would continue into 2023? Would you believe that nuclear war could ever have a probability akin to 'Russian roulette’?

Could things worsen with war broadening to the rest of Europe? What about in Asia as Chinese and Russian ties warm and the fate of Taiwan lies in the balance?

Fast forward to the start of 2023, and gold's price is already up roughly 3% year-to-date and at a six-month high.

Does this mean geopolitics worsen from here? Are the gold bulls ahead of the game again?

Related: Recession 2023? Economic Predictions and How to Prepare

Why Gold Tends to Rise With Global Tensions

Geopolitics contribute to gold's upside just as much as inflation and economic despair. Primarily, it's because of gold's properties as a tangible asset, a finite resource, and a store of value with a perpetual shelf life.

Think of all that gold witnessed since 4000 B.C. when its first discoveries occurred in Eastern Europe- the collapse of empires, conquests, world wars, famines, and more.

Yet the yellow metal always maintained its value.

That's why governments and central banks increase their gold purchases annually, even when things aren’t deteriorating. No other asset can add protection to a safety net like gold can.

According to analysts cited by the Financial Times, Russia and China accumulated the most gold in 2022, and it makes sense why. Both have warming ties and face severe economic risks from global sanctions.

Russia’s central bank resumed gold purchases at historic heights following the Ukraine invasion. Despite what Russia says, its central bank’s actions show that they knew sanctions would have economic consequences.

China also added 32 tons of gold to its reserves in November 2022 while reducing its holdings of U.S. treasury bonds to a 12-year low. Perhaps it's to hedge against the fallout of sanctions from supporting Russia or in case it invades Taiwan.

Related: How to Diversify Your Retirement with Physical Gold and Silver (Tax-Free) 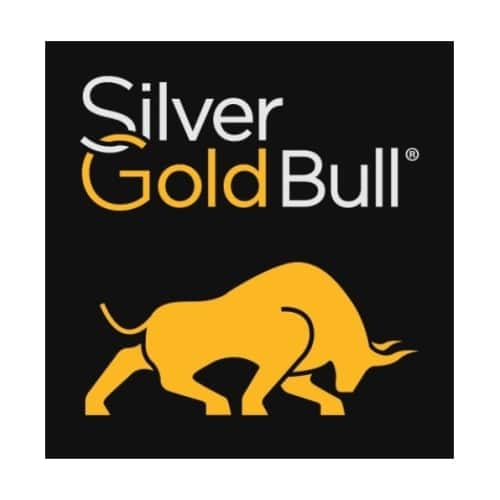 Why Silver Gold Bull for Your Gold IRA?

It’s not hard to see that rising gold prices correlate with worsening wars. You can see it decade after decade starting around the 1970s when President Nixon abandoned the gold standard.

Gold faced multiple geopolitical catalysts during the 1970s, such as the end of the Vietnam War, the Arab oil embargo, the Iranian Revolution, the Soviet invasion of Afghanistan, and the Iran-Iraq War.

The Gulf War and the War on Terror

Of course, U.S. interests remained in that part of the world as tensions continued to simmer. In the decade following 9/11 and the war on terror, stocks fell 89% versus gold, while gold's price increased by over 560%. 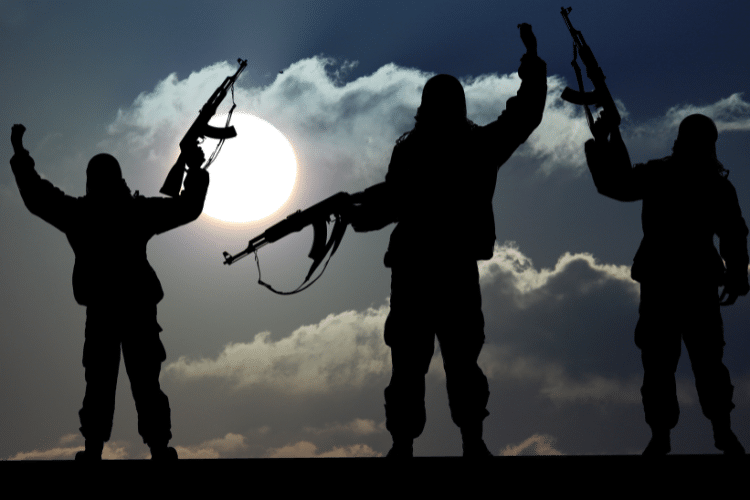 We were fortunate not to enter any new wars during the Trump administration. However, on several occasions, nasty rhetoric, minor skirmishes, and the simple fear of "what could happen" caused short-term spikes in gold prices.

Harsh rhetoric and actions against Iran also caused gold prices to rise for a week after an attack on January 3, 2020, assassinated Iranian General Qassim Soleimani. Gold rose 4.1% from $1,520.55 an ounce on January 2, 2020, to $1,582.85 barely a week later on January 8, 2020. A classic case of “buy the rumor, sell the news” occurred as fears of a broader conflict permeated the market.

Related: What to Own When the Dollar Collapses (It's Not What You Think)

The Key Takeaway- War in 2023 Means Upside for Gold

There’s no telling where 2023 goes geopolitically. But if we go by gold’s price action, it’s not looking good. Gold saw preemptive moves before the Russia-Ukraine War started, and it’s very plausible that it’s doing the same thing now in anticipation of worsening and broadening geopolitics.

The likelihood of the Russia-Ukraine War turning into something broader and more severe in Europe continues rising. Weeks before missiles landed in NATO-allied Poland for the first time in November, U.S. Strategic Command head Admiral Charles Richard called the war in Ukraine a “warmup" for a bigger one.

Retired US Army Brig. Gen. Kevin Ryan also told Business Insider on January 10, 2023, that he believes Russia "would use a nuclear weapon before it allowed its military to be defeated in the field."

Yet it’s not just Europe that's a concern. Asia remains a powder keg ready to explode at any moment.

China, of course, is our biggest security threat and vowed to ‘smash plots for independence’ in Taiwan in a blunt new year’s threat. China continues holding large-scale military exercises simulating a blockade or invasion. At the end of 2022, it completed its largest-ever exercise, with 71 planes and seven ships sent toward Taiwan.

North Korea also has to be a concern as it conducted a record number of missile tests in 2022 and has nuclear ambitions that directly threaten South Korea, Japan, and the U.S. mainland.

Request your free investor guide to learn how you can protect your retirement or investment portfolio with physical gold and silver. 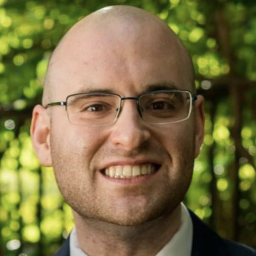 Robert Samuels is a financial copywriter and business advisor. After teaching himself stock market basics and financial fundamentals, he leveraged this newfound passion into a Master’s Degree from Harvard University’s ALM Finance extension program, where he received a 3.87 GPA and Dean’s List distinction.